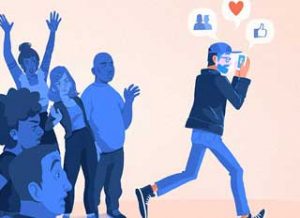 The mere exposure effect means that people tend to like those who are familiar with them. This phenomenon was backed up during a University of Pittsburgh experiment.

The research showed that male students had more affinity with female students they’d seen more in the classroom. The effect came about despite no interaction having taken place.