Scientists have spent considerable time and effort trying to discover the secret of popularity. What follows is a brief resume of ten psychological tricks to make people like you instantly 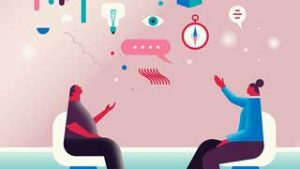 Mirroring involves copying or mimicking someone else’s behavior. Next time you speak with someone, try copying that person’s gestures, body language, and facial expressions.

During some research into the subject, scientists found participants were more likely to get on well with those who mimicked their behavior. This phenomenon was named the “chameleon effect” by the researchers from New York University.